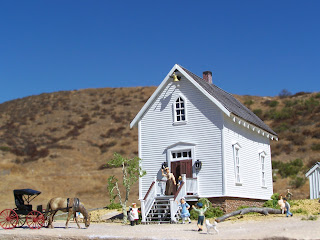 Walnut Grove School House Model 1/87Th Scale
1974-1986
Little House on the Prairie NBC
This is a of a follow-up to one of my earliest post --look back and you will see the story behind this commissioned project. A reader mentioned that I never posted any images of the final Schoolhouse model in this continuing series. One of the others is almost completed - Nellie's Restaurant. The Ingalls' Farm complex is in the starting phase. I'll post images of those as they are ready. 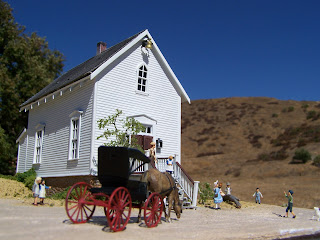 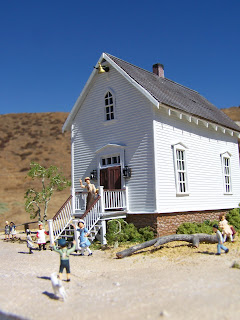 The model, like the others in this series is made from styrene, foam, vinyl and brass 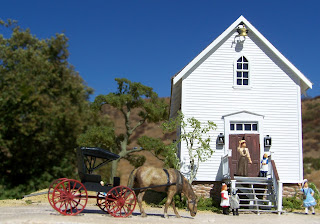 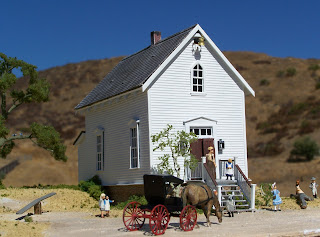 The real set locations were in Simi Valley, but these models were photographed in the back country             of San Diego which has a similar look of yellow grass and oak trees. 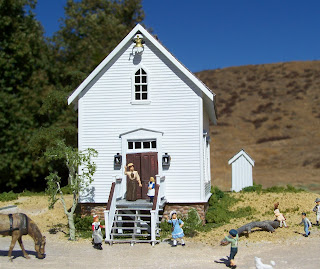 ﻿sometimes it was on the left, sometimes it was on the right-------and sometimes these is NO outhouse at all!!
the location on the right seemed to be the most common -so that it where I planted it.
The real television building sets were all destroyed on the show with the exception of the Ingles' House and the School house shown here in model form. The sets were actually destroyed on the last episodes of the series---for legal reasons ALL structures built on the movie ranch had to be completely removed and the property returned to it's natural state as it appeared prior to filming. The two set buildings that were saved , were disassembled and put into storage. Sadly they were also destroyed after a fire burned the warehouse the sets were kept. 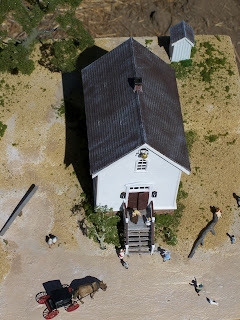 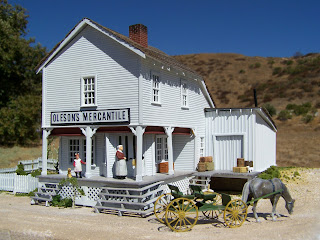 Here's one of the five Oleson's Mercantile models that were built. Each is 95% the same as its "sisters" but each may have a slight variance in a detail. This one is not the same one that appeared in the earlier posts. 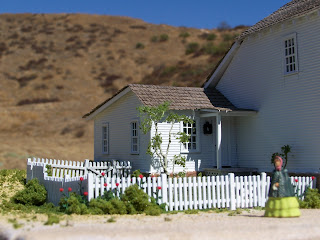 Those roses Mrs. Oleson planted keep growing outside the fence and NOT in her garden where she wants them 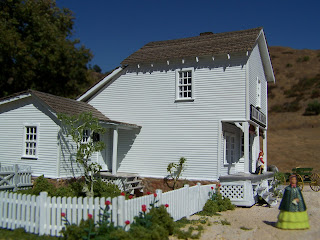 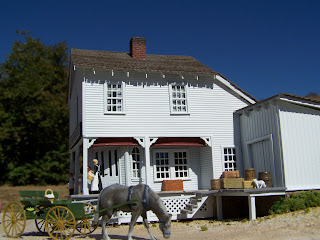 It may be hard to tell from these images, but the mercantile features lace curtains, pull shades and goods & wares inside the shop windows!! 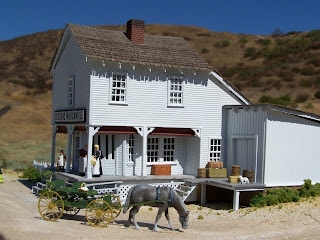 Also in the works is Doc Baker's/Post Office, Grist Mill, and Bank/Print Office
﻿
Posted by MIKE COZART at 4:18 AM 25 comments: