ALOHA LANES
bowling complex c. 1960  model 1/8Th ﻿scale
Anyone who knows me is well aware of my love for the past. The "Mid Century" period is one of my favorites. Years ago I worked on a project called "Astro Bowl" it was a late 1950's style Bowling complex.  Aloha Lanes (originally called Tiki Bowl) is a descendant of  Astro Bowl. The model is a prototype for MORE MODELS!! You may be able to purchase a version of Aloha Lanes in a 1/8Th (HO Scale) laser craftsman kit.  You'll need to have some model building experience as the final kit will not be a "Revell snap-together" type. The kit will again be mostly laser cut styrene plastic, with some details from other materials.  This is part of a whole series of HO scale model kits aimed at the scale Model Railroader. There will be drive-thru Car Washes, theaters, banks, shopping centers, Department stores, car dealerships, mountain vacation homes, Yacht Clubs and many more. These will be sold under the CENTURY SCALE MODEL line.
Aloha Lanes was inspired by several structures in the San Diego area. Some are still standing. It is based on building I grew up seeing around my hometown. At the time they were already "out-of-style", but I developed a love for them.
The version of the final kit may not be as elaborate, and the coffee shop section may become a separate kit to keep footprint size a bit smaller. 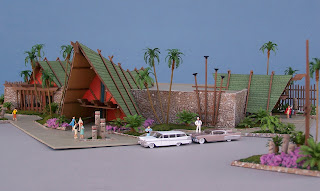 ﻿These are some test shots. The marquees will include several laser cut letters to create different names 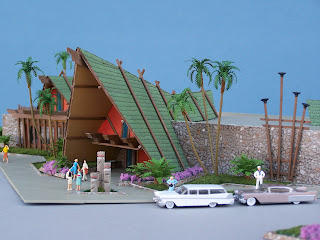 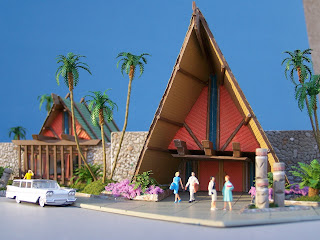 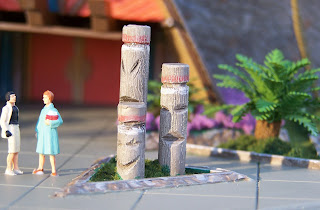 A family of three tikis greet guest to Aloha Lanes 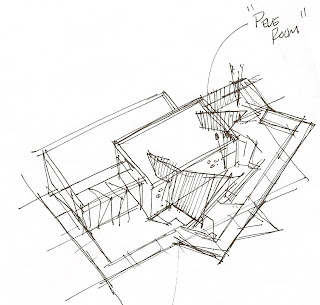 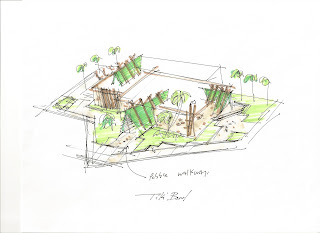 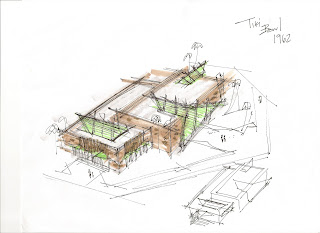 another early study quick-sketch -one of about 70 drawings 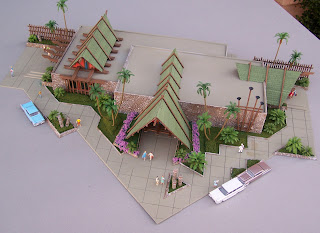 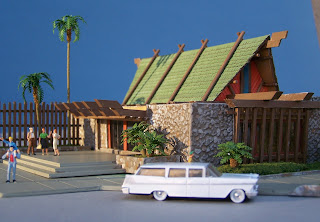 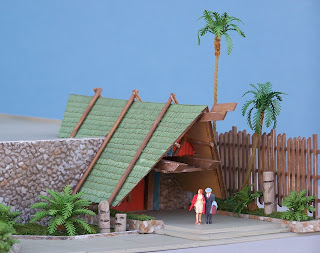 Some guests depart THE PELE ROOM after some mid-day cocktails mid-century style!! 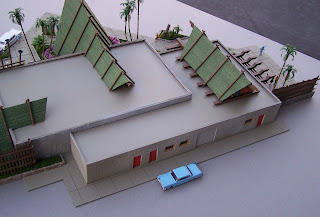 ﻿
The service backside of Aloha Lanes 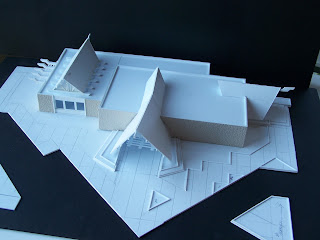 early test fit construction--your kit will look similar to this!! 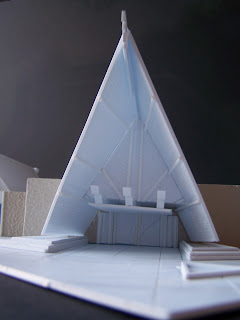 Lets get a cocktail before we bowl! 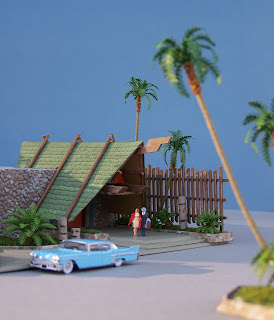 The PELE ROOM seen from parking lot and street marquee 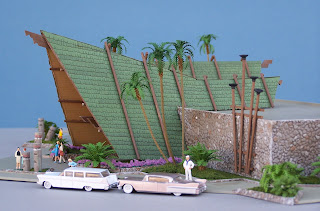 That white deluxe Plymouth station wagon sure gets around!!﻿ 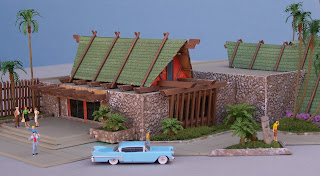 You can get coconut pudding at TIKI COVE coffee shop!